Music Festivals – all hail the summer

In a recent #TToT (Travel Talk on Twitter) chat, we talked all things music, music festivals and how their very existence rings in the summer season. There are so many music festivals that go on around the world, I didn’t realise how much I’ve been missing out on. Friends just back from Glasto (hey Katie! Hey Tom!) still talking about the incredible sets and already planning their next visit; Others having been to smaller, regional festivals with just a few bands on small stages – it really is summer when people disappear for weekends at a time without phone signal and return muddy, exhausted but so excited about the long list of new artists to now follow.

During the chat, @trvlreadexplr asked: Which music festival do you recommend anyone who asks?

And so here are the best responses along with some info about each festival so you can make your plans now to attend them next summer! (And if you act quick, some are still to go this year.)

First up, the obviously uber cool @EuroBackpacker said the Secret Solstice in Iceland was incredible, which, after reading up just a little on it, I was immediately determined to go one year: 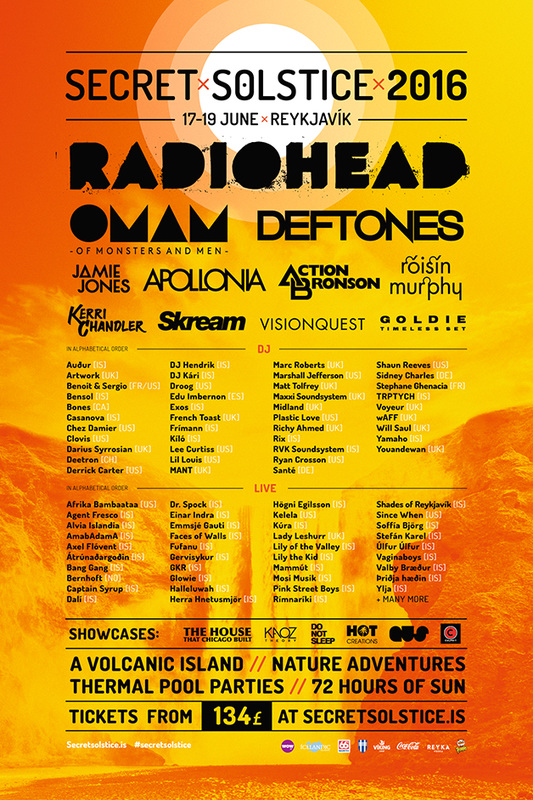 Held in Reykjavik during the Summer Solstice, this unique festival has so much to offer: beautiful surroundings, an eclectic mix of regional and international artists and the great gimmick of a $1million ticket: “For the person who has everything” and five friends, for a mere $1million, the festival offers business-class flights to and from the festival, a 6-room villa for 7 nights, VIP and backstage access to each set, private concerts just for the group, and so so much more, I can’t even list everything here. I wonder if anyone took them up on that this year!

For the rest of us, a 3-day festival pass runs at about 24,900 króna or $200 USD. Clean, well-organised and child-friendly (no sunset, no bedtimes!), it’s a popular festival for locals and visitors alike. Camping is available of course but with the proximity to the city centre, hotel stays are also possible (yay!)…that is if you ever go to bed in the constant sunlight. The organisers really push the boat out with the festival and its side events; they hosted a gig INSIDE a glacier and this year for the first time in the world, they hosted a performance inside the magma chamber of a volcano. Of course these side events cost a few more króna than we might want to spend but nice to know the option is there.

Headlining this year was Radiohead, along with Of Monsters And Men, Deftones, and countless other acts and DJs. The festival is only in its third year so with its popularity growing, more and more acts will be signing on and this will become a major festival to attend each summer. I know it’s on my list.

Next up, @aardvarksafaris suggested the Lake of Stars in Malawi for “an awesome ‘once in a lifetime’ music festival – like no where else!” And boy, are they right: 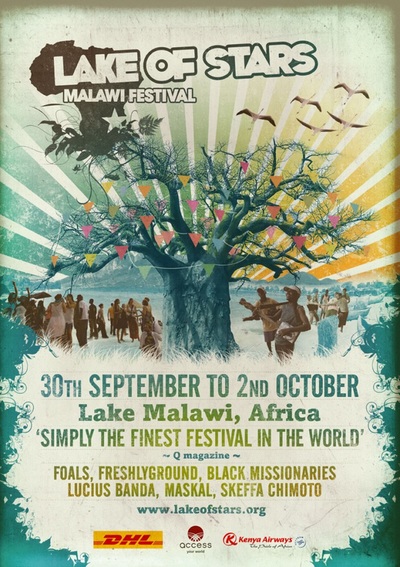 Inspired by events like Glastonbury that bring crowds upon crowds of people to an area for the love of music, art and culture, British national Will Jameson set up the Lake of Stars project in 2003 to do just that, but for Malawi. Encouraging international interest in Malawi, as a tourist destination as well as in its talented artists and musicians, the festival has grown to attract visitors from all over the world, as well as throughout Malawi.
While featuring many local and regional acts, a few international performers you’ll recognise take part in this unique 3-day festival: Bombay Bicycle Club, The Maccabees, Foals, Andy Cato from Groove Armada, Felix B from Basement Jaxx and Joe Goddard of Hot Chip, and so many many more.

The festival is run mainly by volunteers and about $1million is generated for the local economy. Attendees are also given the opportunity to visit local orphanages to play games and sports with the children there; not to mention the culture and arts side of things with theatre, dance and martial arts – it’s clearly a festival focused on doing its best for the community. Do your bit for a struggling economy while getting entertained by some of the coolest artists out there – not a hard ask for me.

Next up we have an internationally acclaimed festival spreading its wings from the Netherlands to Italy (after already expanding to Mexico!), suggested by @HolidayGuideHHG: 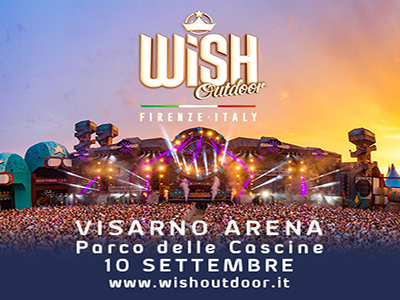 If this quote from the website doesn’t entice you to book tickets for the next festival, I don’t know what will:

“WiSH Outdoor offers adventurers, hedonists and festival lovers from all over the world a place to discover new stories, tell new stories, find adventure and above all, a place to create memories to treasure forever.”

Originally a 3-day Dutch Electronic Dance Music festival taking place outside Eindhoven, the organisers have acknowledged the festival’s worldwide popularity by expanding its reach all the way to Mexico and now Italy.

Artists in the upcoming September 2016 festival include: Dimitri Vegas & Like Mike, Steve Aoki, Zedo, Jay Hardway and more. It’s promising to be an incredible day in the sun and where better to enjoy yourself listening to the best of EDM than in beautiful Firenze!?

To complete our list of music festivals we’d recommend to a friend, @wanderwings suggested a festival with its origins in metal taking place every year: Roskilde, Denmark that has the very best in artists, and not at all just metal: 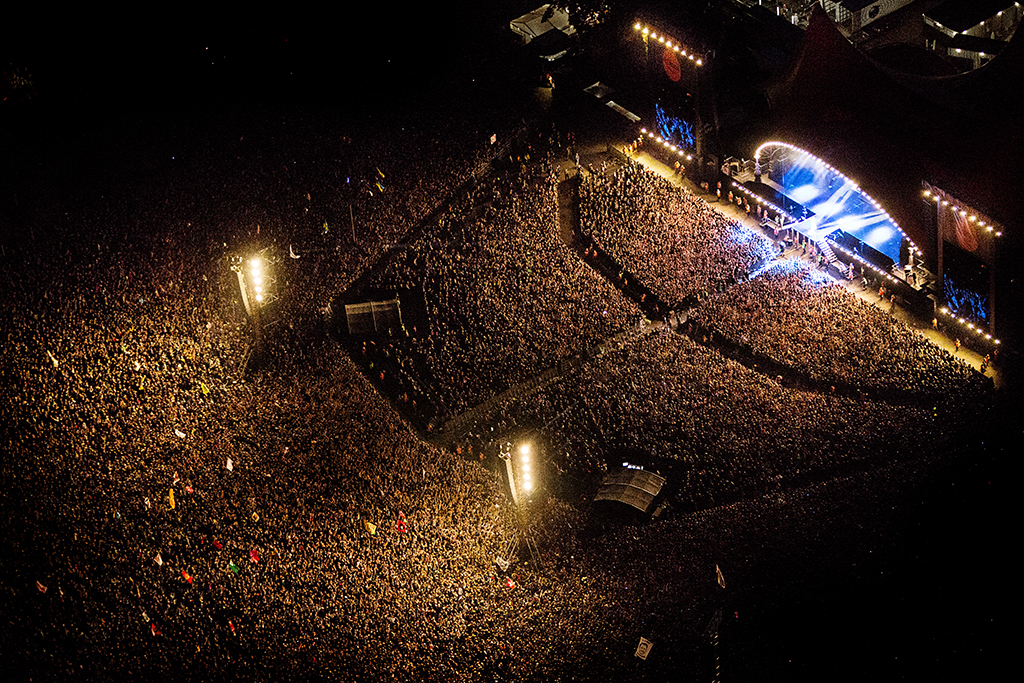 Since this festival also takes place near the Summer Solstice, in the first weeks of July, you get to experience the Danish summer at its height with only four hours of darkness, max. It makes for a great atmosphere amongst concertgoers, Danes who are used to it and visitors alike.

Camping is available for the thousands of attendees and like Glastonbury, good luck searching for your spot whenever the party ends! Luckily the place is well organised by the 30,000 volunteers who can set up a tent for you (for a fee), have ensured there are plenty of bathrooms and showers, urinals set up at every turn, and of course keep the bars stocked with Tuburg beer. What’s great about this festival as well is that you can show up with nothing, and they will provide it all for you (also for a fee) via their multitude of shops and even discounted wares so you don’t spend a bomb. Oh and not to forget the award-winning food stalls and trucks that flock to the festival to keep your tummy nicely lined!

Thanks to all the #TToT participants who came up with these great music festival suggestions! Some I didn’t cover but deserve a mention are:

Concierge99 makes it ridiculously easy for you to find ways to treat yourself by finding and booking treats and services while away from home, making it feel more like home wherever you are in the world.
campingDenmarkFlorencefoodGlastonburyIcelandItalyLake of StarsLatitude FestivalLollapaloozaMalawimusicmusic festivalsPrimavera SoundRoskildeSecret Solsticetraveltravel the worldUKusaWildernessWiSH Outdoor Festival
By buddlemug

Enjoying the digital nomad lifestyle while launching concierge99.com: Making it easy for travellers to find and book holiday treats!

The One Way Ticket

The Travellers Guide To The World

Voyager, created by travelers for travelers. After years of adventures it felt time to create a community for explorers alike. We all want to be the first to discover the un-walked path, to meet locals and embrace cultures, everything that makes us a traveler and not a tourist, Voyager is the explorers home to share these stories, via written blogs, videos and pictures.